I was hired to manage this IOS iPad project by a former coworker creative director for a marketing action Coca Cola was developing while Brazil’s national teams players were being announced before the 2014 World Cup titled “Tranforming Optimism Week”. It consisted in a percentage of the sales of their products sold during that week would be donated for social projects. During this week a team of promoters performing surprise visits to bars in Rio de Janeiro equiped with iPads with the app. Whenever a customer was spotted consuming any of Coca Cola’s products, was invited to insert it’s name and take a photo using the app. The app would create a collectible soccer card framing the photo, adding the name and afterwards they were published at the campaign’s Facebook page. Consequently customers would become aware that they were contributing with the campaign and making part of this selected team of game changers.

It was a 4 days urgent project in which an IOS app should be developed for iPad for exclusive use by the marketing team. My role consisted on the general management of the project, coordinating two IOS developers in opposite time zones, customizing the layout for the app, developing device customisation options considering the brand guidelines, performing the installations and tests in the iPads. 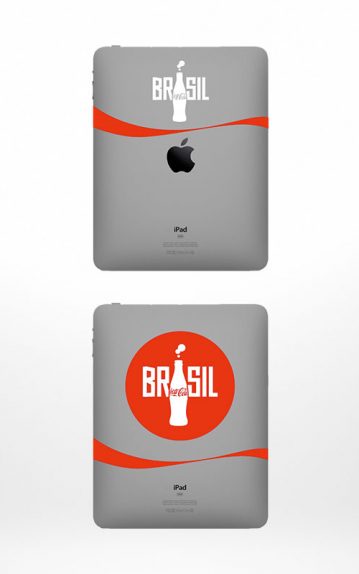